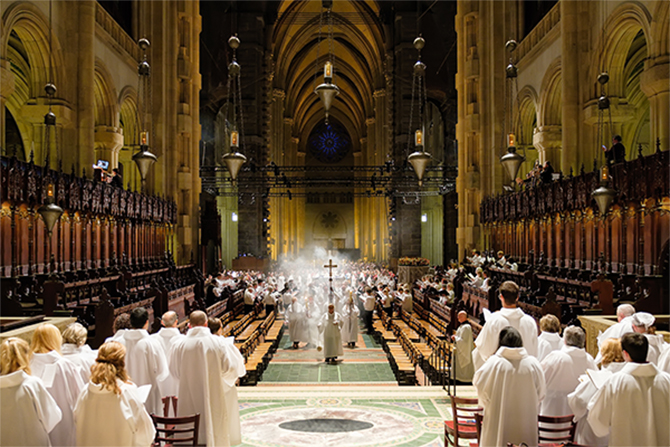 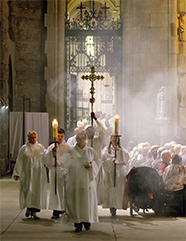 Spiritual leaders and an audience of over a thousand gathered to commemorate the 500TH Anniversary of the Lutheran Reformation and proclaim a new era of unity.

An unprecedented assembly of ecumenical leaders representing 12 Christian communions gathered to host a mass, which called for tolerance and unity in a world where terrorism, prejudice and division are rampant. The event, held November 1, 2017 at Saint John the Divine Cathedral in Manhattan, commemorated the 500th anniversary of the Lutheran Reformation – and marked the milestone with a historic interfaith call to action for an era of unity, embracing diversity and inclusion.

“This historic event recognized both the enormous significance of the Reformation and increasing unity among Christians, as well as all members of the community regardless of faith, politics, ethnicity, age, gender or sexual identity,” said Bishop Rimbo. “In a bitterly divided world, we can all be who we are fully through new paths that embrace diversity and foster unity,” he added. 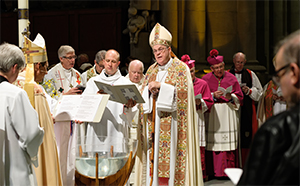 In his sermon, Bishop Rimbo referenced where division has brought us: Shameful displays of white supremacy and anti-Semitism; reckless threats of war; attacks on women and immigrants; vicious homophobia; impassable division even among Christians. In his sermon, Bishop Rimbo urged Christians to continue on a progressive path of shared faith and values that collectively serves the greater good. He prayed that all people commit themselves to seek visible unity.

In 2000, Bishop Rimbo personally advocated for change that led to the acceptance of full communion relationships in which Christians of different denominations can receive Communion at one another's services. In 2014, Bishop Rimbo began officiating same-sex marriage despite opposition from other Christian faith leaders. In 2015, the Synod formally adopted and funded measures to further its commitment to confronting racism in the church and society, upon which Bishop Rimbo appointed an Anti-Racism Task-Force to design, implement and fund anti-racism training. Earlier this year, seeing the increased threat to immigrants, refugees and asylum-seekers, the MNYS declared itself a Sanctuary Synod committing itself to accompaniment, advocacy and awareness-building. 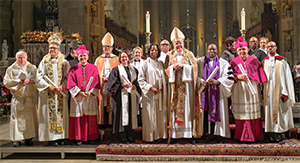 The Metropolitan New York Synod is a regional expression of the Evangelical Lutheran Church in America, a member church of the Lutheran World Federation. MNYS has nearly 200 congregations across the NY Metro area and 60,000 members with 20,000 of those engaging in church services every week. MNYS ministries and programs include a Sanctuary for Immigrants, Committees for Anti-Racism, Multiculturalism, Environmental Stewardship and Hunger Relief, a Commission for LGBTQ+ People, a Domestic Violence Awareness Task-Force, relationships with Global partners, and a Youth Ministry. 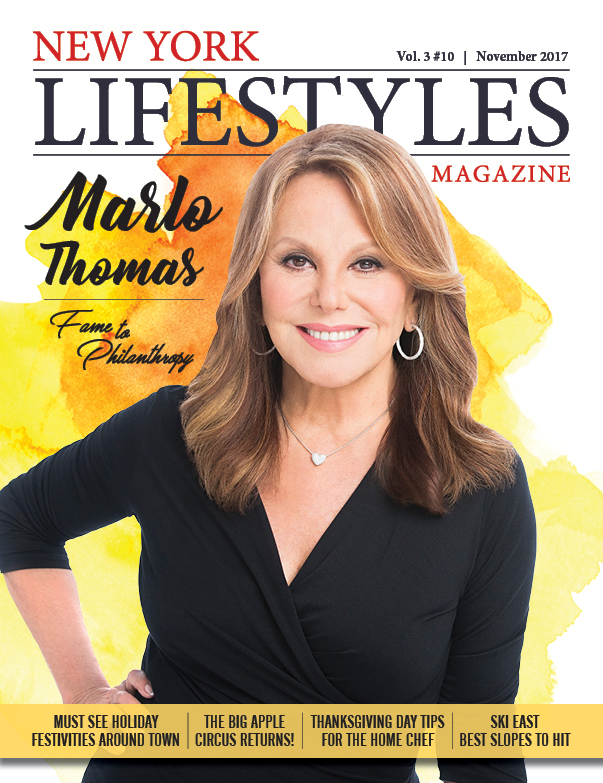