The Wannabe Mayor That Never Should Have Been…

Having been born and raised in Manhattan into a family that advised President Harry Truman, got Jacob Javits elected, amongst many others, and was a neighbor to our beloved former long-time District Attorney Robert Morgenthau, I have a particularly different outlook on our elected officials in the Big Apple. I am a self-professed independent. I am a registered Democrat and have historically voted Republican when the candidate made sense. In other words, I am not your typical New York voter. I don’t vote party. I vote People. So, when Bill deBlasio was elected as Mayor of the City of New York, I was flabbergasted. I had met him when he was a City Hall aide under Mayor David “The Dink” Dinkins in the early 90’s at a party at my parents’ apartment to celebrate Charlie Rose’s 50th birthday (don’t get me started). To say I was unimpressed by the wannabe Mayor is the understatement of the century.

When Warren Wilhelm, Jr. (yes, that is Bill deBlasio’s REAL name) was elected, I knew we were screwed. After all, this is a guy who has spent the majority of his life advocating for socialist and communist ideologies. He has spent his entire career in self-service…I mean public service. Has he helped some? I am sure he has. Yet we all know that his career has simply been an attempt to quench his thirst for power. Though it is important to note that in my experience, “progressive” politicians always have a hidden agenda. And with Mayor deBlasio, this could not be more true. Between his campaign finance “mistakes”, city labor contract “mistakes”, “errors” in monitoring the spend on $850M in taxpayer dollars of his wife’s epic failure called THRIVE:NYC (Where is the nearly $1B Mr. Mayor?????) and MANY more questionable actions from City Hall, how this man is not in prison is beyond me…and pretty much every real New Yorker. He belongs in chains, not City Hall.

My fellow New Yorkers should have known from day one when this Emperor in New Clothes used the “Tale of Two Cities” position to divide rather than unite, all to ensure his own personal gain of office. While I wish I could say our city is fair to all, I cannot. Are those who have money better off? Certainly they are...as the wealthy are anywhere on Earth. In other words, it is not a New York thing. However, the question remains…does a city that has historically been known as “the melting pot” purposefully bias against these groups? NO. Yet people like Bill deBlasio who claim to be all-embracing and understanding, continue to work their hardest at a divisive rhetoric rather than a uniting one. New York is THE best place in the world to find opportunity, regardless of color or creed. Yet he continually plays the race and class cards to suit his whims. And some are foolish enough to buy into it.

Let’s talk further about the “Tale of Two Cities”…for years, the “Dope from Park Slope” (as he has been called) chastised politicians for egregious personal policy spending on things like transportation, office outings for staff, etc. Yet this hypocrite sees fit to waste taxpayer dollars on his security detail and motorcade to leave Gracie Mansion to go to a gym in Brooklyn every morning...only arriving at City Hall sometime around 10:30 or 11am. Despite endless calls for this behavior to stop, the mayor claims he has every right to do so. In other words, “do as I say, not as I do” is his mantra.

It was bad enough when deBlasio was elected the first time. But to be re-elected despite allegations of criminal behavior by both he and his administration…it was, as usual, New York voting party rather than People. Though it is important to note that his “re-election” was not a “mandate from the People” as he has claimed. The lowest percentage of voters in the history of this city turned out to re-elect this lying hypocrite. Is that a mandate? Less than 20% of the total population? Um…HELL NO. Lest we forget that lesser known Republican Nicole Malliotokis was running against deBlasio…and while she would have been an incredible mayor, he won based on name recognition in poorer neighborhoods (that is NOT a personal opinion but rather FACT from the BOE). That’s more of an embarrassment. At this point, I am just praying that this is a wake-up call to everyone in the city that we all need to get off our asses and vote against career politicians who only serve themselves.

So what have the taxpayers received for electing this charlatan? Mayor Bill deBlasio has returned New York to the “bad old days” of my childhood in the 70’s and 80’s with crime skyrocketing; quality of life crimes are at record breaking levels; he made it possible for the dreaded squeegee men to return as well as public urination and defecation; despite his campaign promises, horses continue to suffer on our streets; homeless population counts are the highest in history; and anytime he embarrasses himself it is ALWAYS someone else’s fault. What’s next? Is he going to return Times Square to its former “glory”, bringing back the nudie bars and corner drug dealers? He’s already letting convicted criminals out of prison, so it’s not out of the realm of possibility!

Now let’s talk COVID-19 in New York City. Throughout this entire unprecedented situation, Mayor Bill deBlasio has been criminally slow to respond, often taking over a week to make even the most basic of decisions. This resulted in Governor Andrew Cuomo having to make decisions for the city that normally the mayor would…and he just cannot help but continue to get into a pissing contest with his nemesis, President Donald Trump. Even deBlasio’s own staff have revolted against him for micro-management (allegedly he knows better than his Communications Director and insists on writing and approving ALL materials that are going out to the public). Think about this…the mayor has consistently made statements in violation of the law and policy (ie - keeping the schools closed which he has NO authority to do under New York State law during a Gubernatorial disaster declaration). Because of the mayor’s gross inaction, and the lackadaisical manner with which he runs the city, thousands are now dead. And the count continues to rise.

Herein lies the point…since neither the Attorney General of the State of New York, nor the Board of Elections, is interested in holding our “esteemed” mayor accountable for his crimes, WE most certainly should. Once this pandemic is over and life begins to get back to normal (or as normal as it can be in the City That Never Sleeps), we need to ensure that Mayor Bill deBlasio never achieves elected office again for his eight years of lies, corruption, theft and cronyism.

Disclaimer: The opinions expressed in this article are those of the author. They do not purport to reflect the opinions or views of New York Lifestyles Magazine. 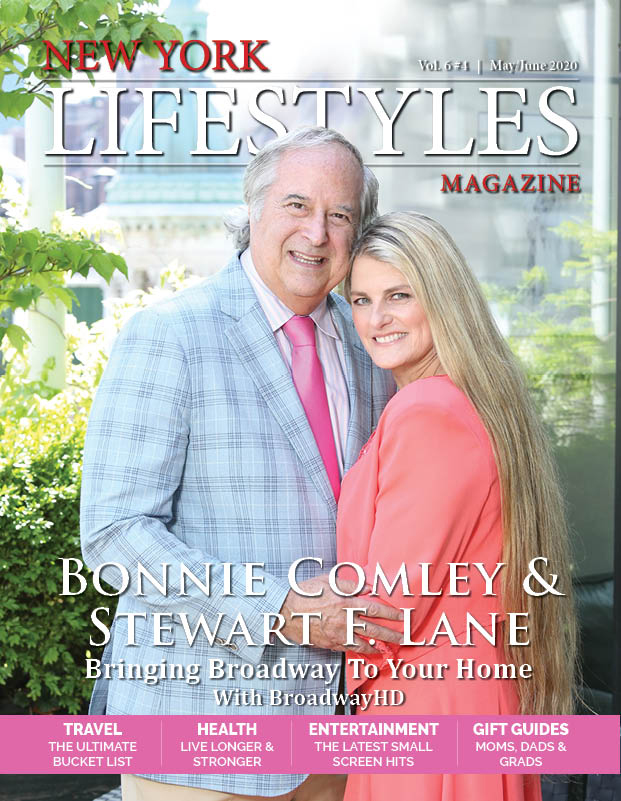